As Chief Executive Officer of Berkshire Hathaway HomeServices Nevada Properties,Mark Stark is responsible for the overall strategic vision of the Company, including the development of: Las Vegas realtor recruiting and retention programs, corporate marketing initiatives, and market expansion and acquisition initiatives.Mark began selling real estate while he was a student at UNLV IN 1985.Five years later Mark entered the management ranks of Prudential as an assistant manager and after running his own office for several years became a partner and CEO;in 1997. In October of 2004, Mr. Stark completed the acquisition of 100% of the ownership in the company and now looks forward to shaping its growth for the future. Mark maintains a blog about Life, Business and Real Estate Success.

Over the past 17 years, Gordon Miles has earned a stellar reputation first as a top producing luxury agent then as a leading Broker, specializing in high-end marketplaces. Prior to joining the Nevada Properties Team, Gordon spent more than 10 years previously with Coldwell Banker Real Estate running brokerages in high profile Luxury areas such as Sedona, Palm Springs, Phoenix / Scottsdale and the Reno Lake Tahoe markets where he was Broker and co-owner of Coldwell Banker Village/Incline Village Realty. He is recognized and respected as one of the foremost brokerage operators in the country. Gordon is a licensed real estate broker in multiple states and holds the CRB, GRI and ABR designations. He earned his degree at the University of Nevada, Reno. He is listed in the Who’s Who in Real Estate, and has been recognized as a national leading expert on the Luxury Home Market as featured in: Unique Homes, Rob Report, Wall Street Journal, Los Angeles Times and numerous other local and national publications.

Forrest Barbee currently holds the positions of Director of Education and Brokerage Information and Corporate Broker for Berkshire Hathaway HomeServices Nevada Properties®. Forrest has been with Nevada Properties Group since April 2003 and brings a diversified background in corporate management, information technology, and education. He co-developed significant management and agent training programs and courses for classroom and online delivery this past year.Forrest is originally from Iowa but settled in Las Vegas permanently in 2000. Prior to coming to Nevada Properties Forrest was a information technology manager for UNLV in Las Vegas and Northampton Community College in Bethlehem, Pennsylvania. While in Pennsylvania, Forrest obtained grant funding and was successful in setting up two separate Associate Degree programs as well as a technology academy.Forrest also found the opportunity to co-found three separate businesses during the 1980s and 90s; this was an outgrowth of his own personal management and technology consulting “hobby”. He even led a successful turnaround for the owner of a privately held company that was heading for insolvency. Forrest holds a BS degree in Engineering from the University of Missouri-Columbia and a Masters in Systems Management from the University of Southern California. Forrest spent seven years with the Bell System as a Communications Engineering Project Manager for both domestic and international accounts. He was also a Communications Electronics Engineering Officer for six years in the Marine Corps. Visit Forrests Blog at www.NineDots.net/wordpress.

Rick Berube is Berkshire Hathaway HomeServices Nevada Properties, Vice President of Sales. He received his real estate license at the age of 19, after completing 2 years of college. Within 10 years of starting his career in real estate, he was consistently doing more than 100 deals a year, reaching number one in transactions for ReMax of New England in 1993! Then, in 1995, Mike Ferry asked him to be one of the first five One-on-One coaches. A speaker for the Mike Ferry Organization, Rick has presented at seminars and training events all over the countryâ€•with a few in Italy. He has also written several articles for SELLING Magazine, and written a book titled Success is a Verb!

Today, I’ve been in real estate for 31 years, training, coaching, and helping people to maximize their potential and achieve their goals.

Darren Welsh joined Nevada Properties in December 1994. As Corporate Counsel, Darrens duties include executing corporate legal strategies, business development, implementing protective corporate measures, overseeing Nevada Properties protected assets, and general corporate law. Darren served as a Public Defender in Medford, Oregon where he attended daily arraignments and conducted extensive legal research. At the Western Natural Resources Law Clinic based out of Eugene, Oregon, he served as a member of the team which argued the 1991 Supreme Court case, Portland Audubon Society v. Hodel. Here, he also drafted appellate briefs, motions to compel discovery, and trial briefs. Since 1993, Darren has worked as the Nevada Attorney for Injured Workers in Reno, Nevada. He was a deputy who represented injured workers in administrative hearings before Appellate Officers, through the District and Supreme Court levels. His emphasis was on litigation and civil procedure. Darren attended the University of Pau in France where he studied French and southwestern civilizations. He received a Bachelor of Arts with dual majors in Political Science and French from the University of Nevada, Reno in 1988. He earned his Law degree from J.D. University of Oregon 1992. Darren blogs on legal issues affecting Nevada and Las Vegas Real Estate agents and the industry:http://ameglegal.wordpress.com/.

Heidi Came to Prudential Nevada Properties in 2009 bringing with her a very successful Brokerage. Heidi and Peter Kasama founded Windermere Summerlin in 2004 and were the first Windermere franchise in Las Vegas. Since then, the company has achieved half a billion in real estate sales, with nearly $100 million in the last year alone. The former CPAs credit their business backgrounds and analytical processes for keeping the company successful despite Las Vegas’ recent real estate downturn. Heidi currently lives in Summerlin and is a part of the Women’s Council of Realtors. She is also on the board of the GLVAR and the NVAR and a member of the Women’s Presidents Organization.

Aldo, a 39 year resident of the greater Las Vegas area, would almost qualify as a native except he was made in Cuba and assembled in Nevada. He has lived in Green Valley most all his life, except for a military hiatus of 22 years, where he served in the US Army and retired as a Sergeant Major. He attended school here as well at Basic High School where he would have graduated if it weren’t for that expulsion thing. Sheds some light into why he joined the military, it was either that or jail. (Just kidding) However, he has bounced back from those memorable days and received his Associates degree from Vincennes University. Aldo began his real estate career here in Las Vegas in 1993, with American Group Better Homes and Garden and is now the Managing Broker of Berkshire Hathaway HomeServices Nevada Properties Southwest Branch. Aldo currently over sees 240 plus agents at the Southwest Branch and serves on the Faculty at The Greater Las Vegas Association of Realtors ® (GLVAR). He is a graduate of the Instructor Training Institute and holds the ITI, GRI , ABR and the ABRM Designations. 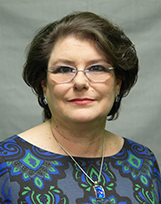 Arlys Spiker is branch manager for Berkshire Hathaway HomeServices Nevada Properties’ St. Rose office. Located at 3185 St. Rose Parkway in Henderson, the company’s St. Rose office is one of its largest and most successful offices with more than 300 real estate sales executives. The building also houses the company’s corporate offices, property management team, its main training center with the highly praised Success Center and an Equity Title of Nevada office.

“Our St. Rose office is regularly recognized as one of the most successful Berkshire Hathaway HomeServices offices in the country. It has been recognized as the number 1 or 2 offices in sales out of the entire Berkshire Hathaway Home Services Network for the past 8 years, along with our West Sahara office in Las Vegas,” said Mark Stark, CEO. “Arlys is a perfect fit to help these driven and successful sales executives build their businesses with her unique style of coaching.”

Spiker is originally from Tulsa, where she earned her real estate license in 1995 and her broker’s license in 2000. As branch manager of the St. Rose office, she is responsible for helping real estate sales executives build and develop their businesses. “Both our Nevada company and Berkshire Hathaway HomeServices offer valuable resources to help clients buy and sell homes,” she said. “Our industry is becoming highly sophisticated and I enjoy helping agents utilize technology to do business differently…which in turn will help them increase their opportunities for success.”

In the industry since 2001, Amanda Franchi brings a wealth of Real Estate industry knowledge. With both transactional experience as a top-producing Sales Executive and experience as a professional Real Estate Coach with the Mike Ferry Organization Amanda has worked with successful agents from all over the Country at all different production levels including over 100+ transactions per year.

For over 20 years she has been inspiring, coaching and training people in various aspects of Personal Development. She’s committed to the development and support of each agent’s individual growth and achievement of their goals.